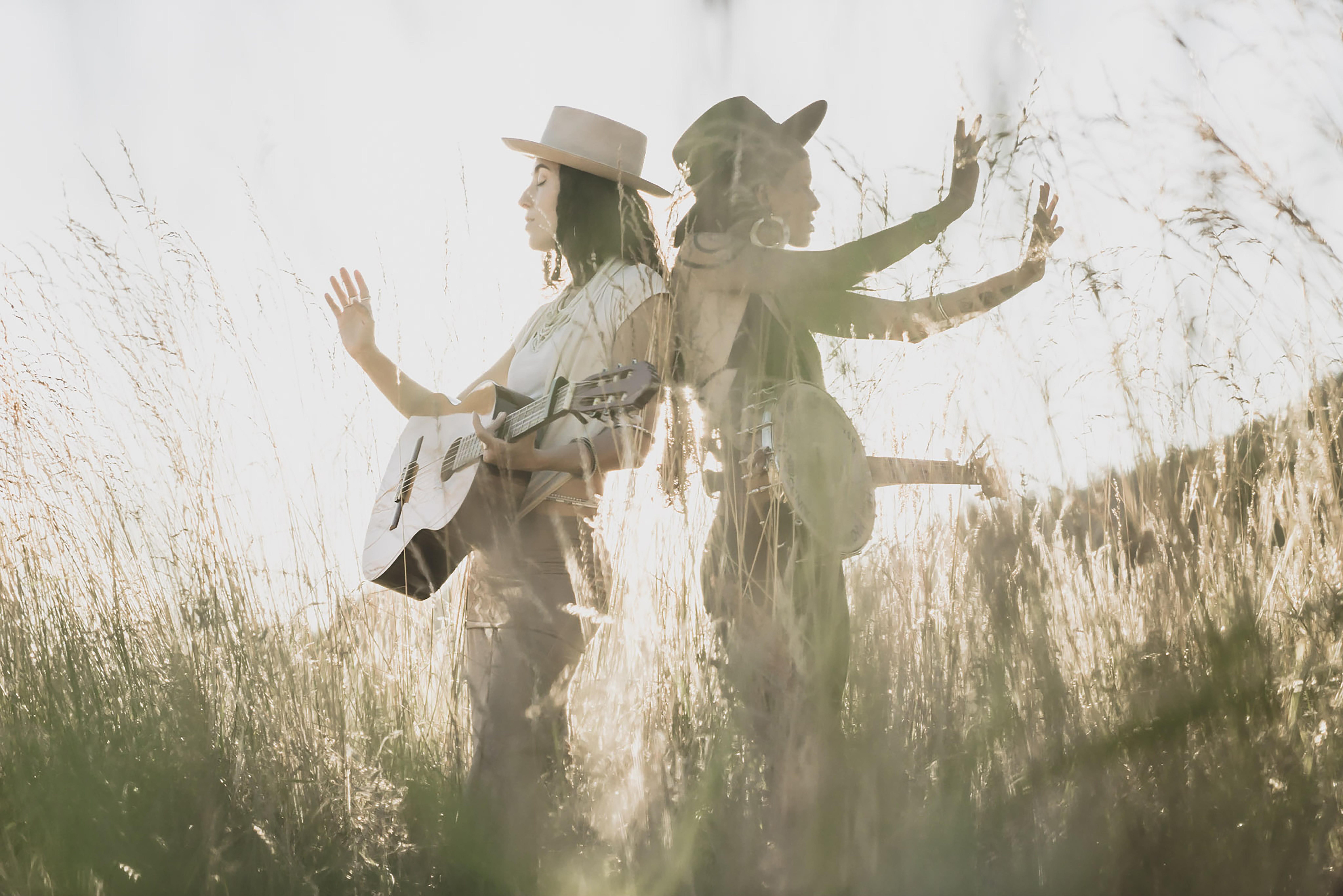 As world travellers for nearly two decades, Rising Appalachia have merged multiple global music influences with their own southern roots to create the inviting new folk album, Leylines. Remarkably the band has built its legion of listeners independently — a self-made success story that has led to major festival appearances and sold-out shows at venues across the country.
Founded by sisters Leah and Chloe Smith, the band established an international fan base due to relentless touring, tireless activism, and no small degree of stubborn independence.
Leah and Chloe grew up in urban Atlanta as the city’s hip hop scene began to flourish. They absorbed those rhythms through the music they heard at school, then travelled with their family to fiddle camps all across the Southeast on the weekends. The young girls weren’t all that interested in the old-time playing, but their parents were incredibly devout in their study and practice of Appalachian music.
Surprised and overwhelmed, they mulled over a career as full-time musicians, then realised that performing could be just one component of a greater overall vision – one that includes advocating for social justice, racial justice, environmental justice, and Indigenous rights.